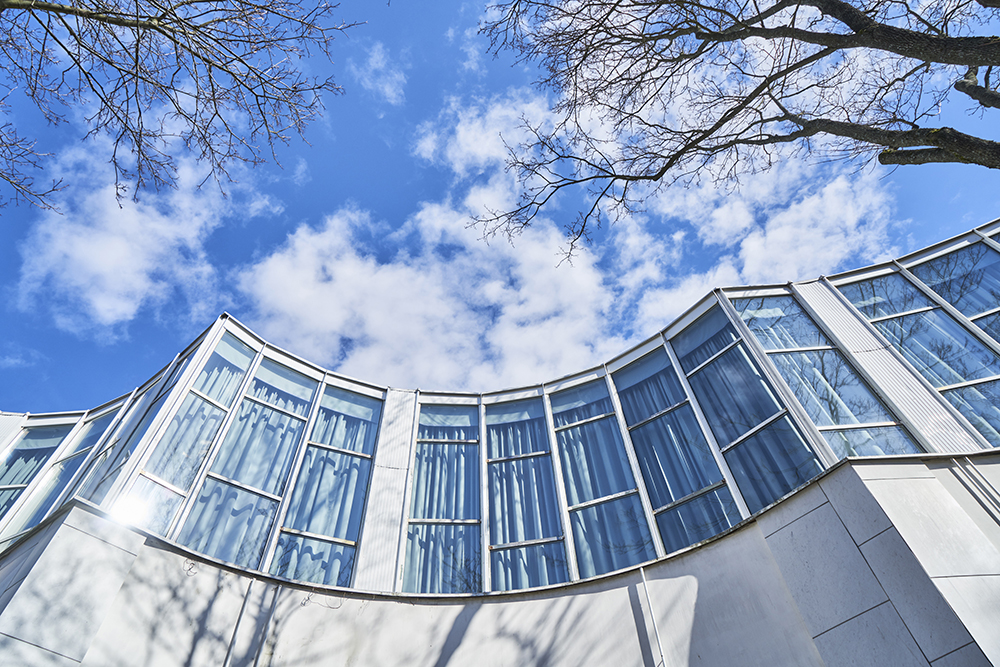 Finlandia Hall is the most notable building by architect Alvar Aalto (1898-1976), but few people know that Finlandia Hall was actually part of a wider programme to redevelop central Helsinki.

Finlandia Hall as a symbol of Finnish Independence

Finlandia Hall is the most notable building by architect Alvar Aalto (1898-1976), but few people know that Finlandia Hall was actually part of a wider programme to redevelop central Helsinki. In 1959, the city of Helsinki commissioned Aalto to design a new city plan, although ultimately Finlandia Hall was the only part that was executed. The main building was constructed between 1967-1971, the congress wing from 1973-1975 and Veranda in 2010-2011.

Moving the heart of Helsinki closer to Parliemant

The symbolically named Finlandia Hall is a concert and congress venue in the centre of Helsinki. Aalto viewed the Finlandia Hall, as well as the central plan for Töölö Bay, as a symbol for an independent Finland. Over the years, Finlandia Hall has showcased the Finnish cultural identity to an international audience and has earned its place as the location of choice for global political events.

Aalto’s vision was to move the heart of Helsinki closer to the Finnish Parliament House, the symbol of Finnish Independence gained in 1917. He wanted to create a new focal point that would counter-balance Helsinki’s iconic Senate Square, designed by Carl Ludvig Engel. The Senate Square reflects the historical period when Finland was an autonomous part of the Russian Empire, and by locating Finlandia Hall close to Parliament House, Aalto’s aim was to celebrate the new era of Finnish independence. By good fortune, a large plot of land had become available in Töölö Bay due to a recent warehouse relocation, and Finlandia Hall gained its spectacular location in the centre of Helsinki.

Finlandia Hall is a work of art, where even the tiniest detail has been designed to perfection. The lighting, panels, cornices and every piece of furniture has been designed specifically for the space. Many of Aaltos signature design elements, such as asymmetry, can be found at Finlandia Hall. A common theme is spaces without a clear shape, surrounded by strongly shaped elements.

Aalto was of the firm view that architecture’s purpose is to provide a backdrop to people. It is the events and their content that bring colour to a space, and hence the focus at Finlandia Hall is not surprising forms or colourful interiors, but the performers and the audience. It means that Finlandia Hall can easily be transformed to suit the occasion.

The spaces at Finlandia Hall can be divided into four areas.  The first is the Finlandia Hall itself and its foyer which can accommodate up to 1700 guest. The second is the smaller Helsinki Hall, with its foyer and restaurant, suited for to up to 340 guests. Next comes the Congress Wing, which has meeting and congress spaces that can be configured to fit larger audiences. Finally, on the Karamzininranta side of the building, the Veranda Halls can easily be joined into one large 2200M2 space.

The white marble used on the exterior and interior of the building reflects Mediterranean culture, an inspiration for Aalto. The marble also acts as a contrast to the black granite used around the building. The Mediterranean influence is also reflected in the ‘’Piazza’’ name given to the concert hall foyer where the outside is brought in, with large scenic windows with a view of Töölö Bay.

Finlandia Hall made long anticipated rehearsal and concert spaces available to the Helsinki Philharmonic Orchestra as well as to the Finnish Radio Symphony Orchestra. However, from the beginning Finlandia Hall has been open to different types of music and performances. The second event at the newly opened venue in December 1972 was a pop-concert organised by the Helsinki Youth Club, with sausages, meatballs and soft drinks served at the intermission.

Finlandia Hall has also functioned as a congress centre since its opening. The first congress booking was made by the Finnish Dental Association during construction. Hosting the event at the newly built Finlandia Hall attracted a record crowd of 1700 participants, compared to the average of around 1000 people. The first international congress held in the Hall was the summit of the World Peace Council in 1972.

The international interest in Finlandia Hall continues to grow to this day. The hall is a popular venue for congresses, concerts and celebrations. In 2019 Finlandia Hall will host more than 800 events, including 70 EU meetings and 39 other international conferences. Finlandia Hall, owned by the City of Helsinki, is also a significant income generator. Research show that international congress visitors inject on average more than €50M into the economy each year. For every Euro spent at Finlandia Hall, congress attendees typically spend five Euros on other nearby services, such as hotels, restaurants and shopping.

Finlandia Hall is one of the last buildings designed by architect Alvar Aalto, who died not long after the building works were completed in 1976. Finlandia Hall had given Aalto an opportunity to create a building with symbolic significance for Finland. He deeply regretted however, that the city plan he created as a continuation to Finlandia Hall was never executed.

Finlandia Hall is seen as the most significant example of Finnish architecture, and has in the past 50 years attracted visitors to Helsinki from around the world. The numerous congresses, state visits and political summits have further increased Finlandia Hall’s international reputation. This year the Finnish EU-presidency will once again bring Finlandia Hall to the international limelight.

To ensure Finlandia Hall will continue to bring unforgettable experiences to visitors, the Finlandia Hall will be thoroughly updated and renovated from 2022-2024. The building, that was completed in the 1970s, will benefit from a revamp and the modernisation of some technical aspects of the building. Renovation will be from the bottom up, and everything will be updated from the plumbing to the exterior. The original furniture will be lovingly restored by artisans.

Finlandia Hall will also see the addition of some completely new spaces. An exhibition space for Alvar Aalto and Finland-related exhibitions will be created along with a design shop. The aim is to make Finlandia Hall even more accessible for visitors by re-defining the space as an inviting, central hub in which to spend time – whether to eat or to be entertained.